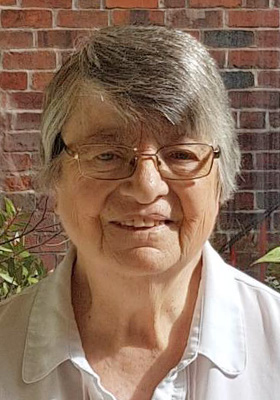 Mary Yates has worked tirelessly for over 20 years as a regular volunteer at the Tuesday and Friday Lunch Clubs for older people at Horwich Community Centre.

She has held the position of Chair, Secretary and currently Treasurer of Holy Trinity Parish Church Open Door, as well as having been a member of the PCC, Churches Together in Horwich and the social committee.

Over the years Mary has been involved with Horwich Visiting Service, the Civic Trust, Horwich Heritage, the former Horwich Resource Centre Management Committee and the Fruit, Flower and Vegetable Society.

Mary was involved in the formation of the Women’s Institute in Horwich 10 years ago and has been programme secretary for 7 years. Mary also took an active part in the 2018 Remembrance Poppy display at the Public Hall. As well as organising coffee mornings and stalls at local charity events, Mary is the tea maker in the Scout Hut at the Festival of Racing! 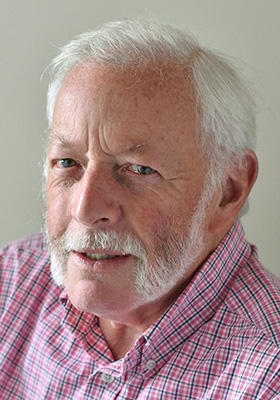 Neil Brown is the Chairman of the organising committee for Horwich Festival of Racing and has dedicated a huge amount of his time in the organisation of this annual event which attracts competitors from all over the UK.

Neil is in his seventies but is still a keen cyclist and has been a member of Horwich Cycling Club since the age of 16. He organises many events, including the twinning trip to Crowborough in 2015 when club members celebrated the 25th anniversary of the twinning agreement as guests of Wealden Cycle Club and has served as an officer of the Club in different capacities for over 20 years.

He is also the Chair of New Chapel Residents’ Association, organising musical events, outings for local residents and contributing to and delivering the Association’s regular newsletter and was also involved in a successful bid for a £10,000 Awards for All lottery grant.

Neil is also the Treasurer of Brazley Community Centre, was the Treasurer for the Horwich Music Festival from 2016 – 2018 and was actively involved in the campaign to secure village green status for Cedar Avenue Playing Field, as well as in the past serving as a member of Horwich Carnival Committee.

The Town Council will award two Civic Medals in 2021. If you know of anyone who you think deserves the recognition of their fellow citizens, please make a nomination to the Town Clerk giving the fullest possible details of the nominee. Nominations will remain confidential, but those who nominate the successful recipients will be informed close to the time of the award of the medals.

For more information on previous recipients, choose a year when the awards were made: